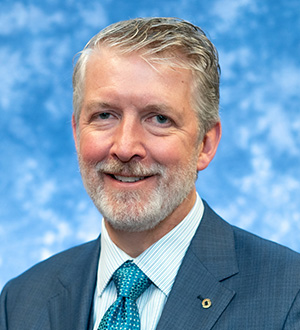 Greg Coleman is the Senior Deputy Comptroller for Large Bank Supervision at the Office of the Comptroller of the Currency (OCC).

In this position, Mr. Coleman will direct nearly 800 men and women who supervise the country’s largest national banks and federal branches and agencies, which hold more than $10 trillion in total consolidated assets. He also serves as a member of the agency’s Executive Committee. He assumed these duties in January 2021.

Prior to this assignment, Mr. Coleman served as a Deputy Comptroller for Large Bank Supervision.

Mr. Coleman has served a variety of bank supervision roles as an examiner, policy expert, and manager at the OCC, including serving as Examiner-in-Charge of Capital One and E*TRADE. He previously served as director within the Credit and Market Risk division in the Office of the Chief National Bank Examiner and as the lead for the capital markets team at JPMorgan Chase.

Mr. Coleman joined the OCC in 1989 as a field examiner, became a commissioned national bank examiner in 1994, and a federal thrift regulator in 2013.

Mr. Coleman is a Chartered Financial Analyst (CFA) charterholder and holds a Bachelor of Science in business administration from the University of Nebraska-Lincoln.